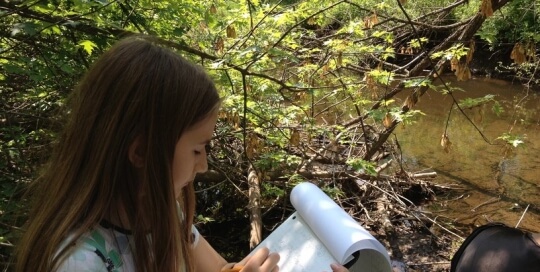 By Elizabeth Slade May 9, 2013 Yesterday some young writers and I set out to attempt nature poetry. We walked out of school to a sky considering rain and made our way across the parking lot, down the sidewalk, across the street and then, leaving the concrete world behind, down a path into the woods. The change in the students was palpable. Their senses sprang into gear as they left the familiar and entered the natural world. Planning ahead, we had each brought a clipboard supplied with blank paper and a pencil, so when they spotted a fallen log with wide, plate-like fungus growing over it we were prepared to stop and sketch it. One boy was eager to knock it all off and I realized that these students, new to the world of nature, needed direct instruction about how to be in it. Draw rather than destroy, regard rather than ruin, allow rather than avoid. So we stood around sketching the puzzling sight. We then followed the path looking for a spot to write, getting glimpses of the water through the leaf brush until there was a small clearing. "Let's go down there!" I said to them. Looking in their dubious faces I might have reconsidered, but instead waded into the foliage and began the descent to the river bank. Again, students needed guidance about how to navigate this slope- anchoring feet against roots and rocks, using tree trunks as support and keeping their weight low. These are all things my own children do as naturally as climbing stairs, but to these urban students it was as foreign as walking on the moon. The wind was picking up and it 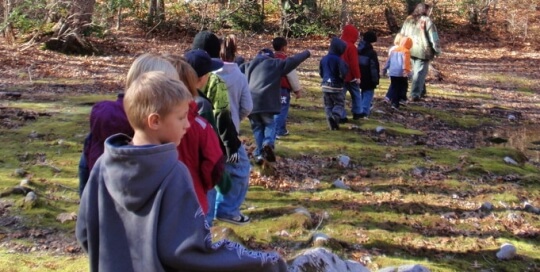 Whose Forest Is It?

This short video captures the spirit and sequence of a River of Words investigation with 1stand 2nd graders, Ryan Road School, Florence, MA. Watch children walking, exploring and sitting quietly in the woods collecting words and images. Follow them back into the classroom where they paint watercolors, write poems and share their creations. The video concludes with the collaboratively written and illustrated book, “Whose Forest Is It?” Many thanks to Mount Holyoke student Gerlisa Garre who filmed this video and accompanied the children on their environmental investigations. Whose Forest Is It? Class Book Andrea Egitto adapted the pilot lesson “Whose Garden Is It?” for First Graders at Ryan Road School who took several field trips to the nearby Sawmill Hills Conservation Area.  Check out the book they created. 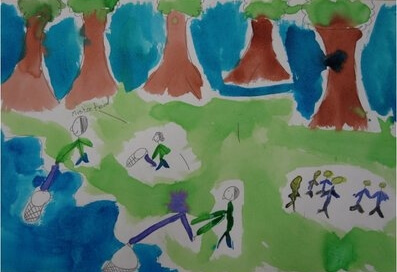 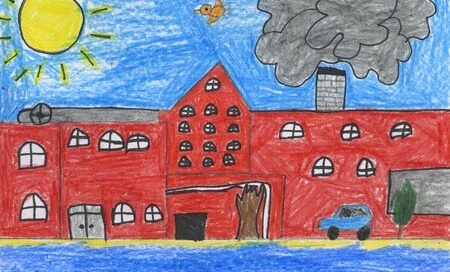 Children’s artwork and poetry highlight the history and vitality of their river town. Take a tour of Turners Falls through the colorful pages of this whimsical booklet and discover intriguing facts about the town’s industry, culture and wildlife. The 28-page full-color booklet is available for $5.00 from the CRC Store.  Order Here. Created by the children of Gill-Montague Elementary Schools, working with Nancy Meagher in Art classes and Carol Berner in Poetry Workshops. Concept, design and historical narratives created by Rose Underhill and Kerry Ditson as a culminating project for Engaging with the Community:  Children, Art and the Environment taught by Professor Annaliese Bischoff, Commonwealth Honors College, UMASS Amherst Many thanks to the Town of Montague for their support which made printing this book possible. 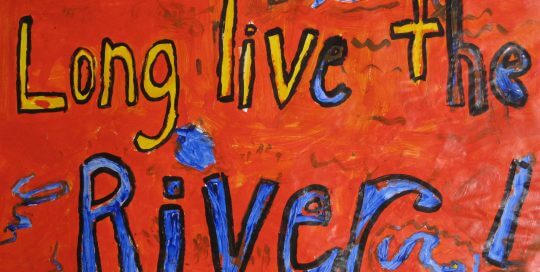 Friend of the River

What does it mean to be a friend of the river? Children in Turners Falls, MA share their insights about the river and why it's important to keep it clean. The children in this video paraded from their school to the banks of the Connecticut River to thank the river for its gifts and to donate money they raised in a read-a-thon to the annual Source to Sea clean-up. Montague and Gill Elementary Schools collaborated with River of Words along the Connecticut River in a year-long art and poetry project connecting and celebrating their river towns:  the parade was conceived by a 3rd grader as a culminating event. To find out more see: Bridging Communities:  How Does the River Connect Us? and The Fish in the Polka Dot Dress. 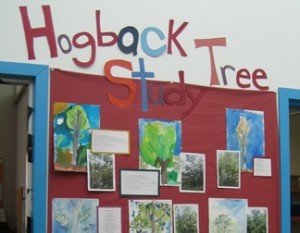 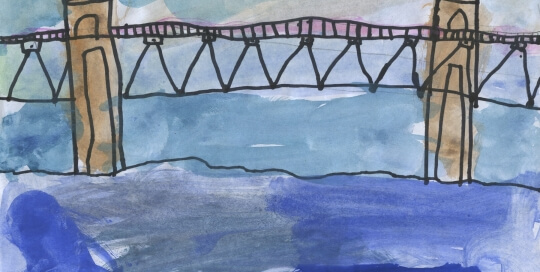 Bridging Communities: How Does the River Connect Us?

Bridging Communities: How Does the River Connect Us? Visit the online exhibit of poetry and artwork celebrating a yearlong project connecting two river communities. Purchase the notecard collection of ten 4x5" full-color paintings and poems highlighting children's creative perspectives on their Connecticut River towns from the CRC Shop.   "[The project] enriched our students and strengthened our communities.  The poetry was heartfelt and reflected the differences in our towns.  The artwork was student-centered and exquisite. Together, they depicted such a raw view of our community telling a story that only students can tell." 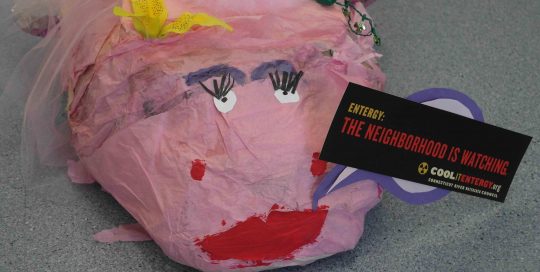 Source to Sea: The Fish in the Polka Dot Dress

School-wide projects integrate science, art and environmental advocacy by celebrating the annual Source to Sea clean-up. Watch the video to see children creating school-wide Source to Sea projects, including a hip-hop performance, a Reading for Rivers fundraiser and a parade through Turner's Falls. Find out more about the  Source to Sea cleanup and how your school or community can get involved. Click Here. The Fish in the Polka Dot Dress, a picture book available for purchase or download (PDF 16MB), features student artwork of trash in the river designed to bring attention to the annual cleanup. "Doing artwork to show people how they can help makes me feel really good because I don’t want the Connecticut River to be trashed anymore." "The River"by 5th Grade studentGill Elementary School Check out an illustrated cinquain poem highlighting the impact of trash on river ecology.  Read in the Greenfield Recorder:  "Turning the tide:  Salmon story teaches lesson on river ecology."